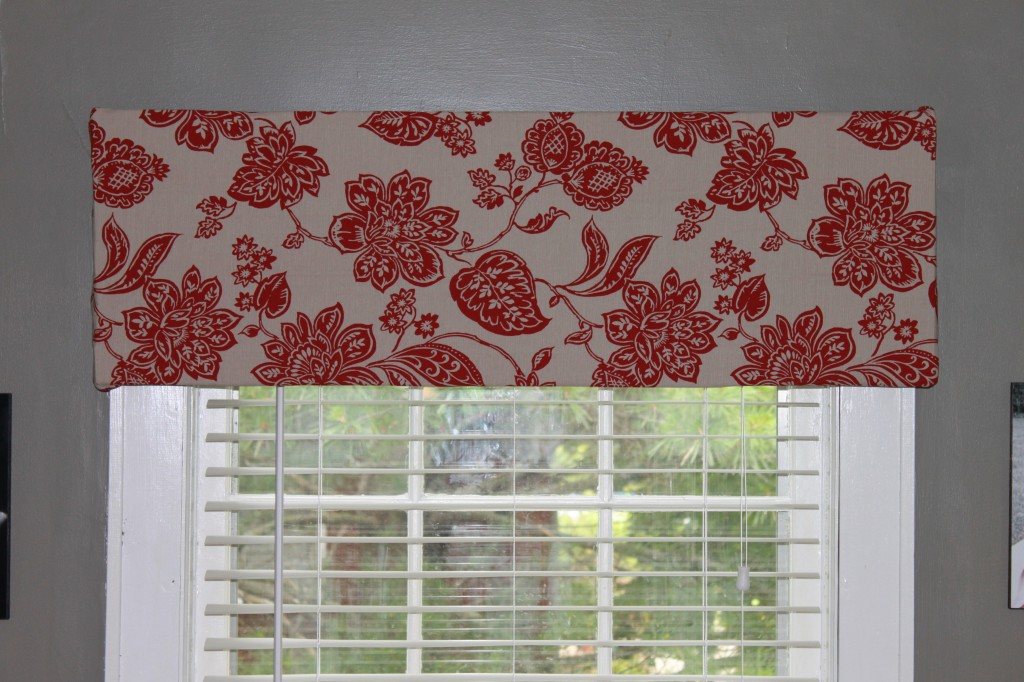 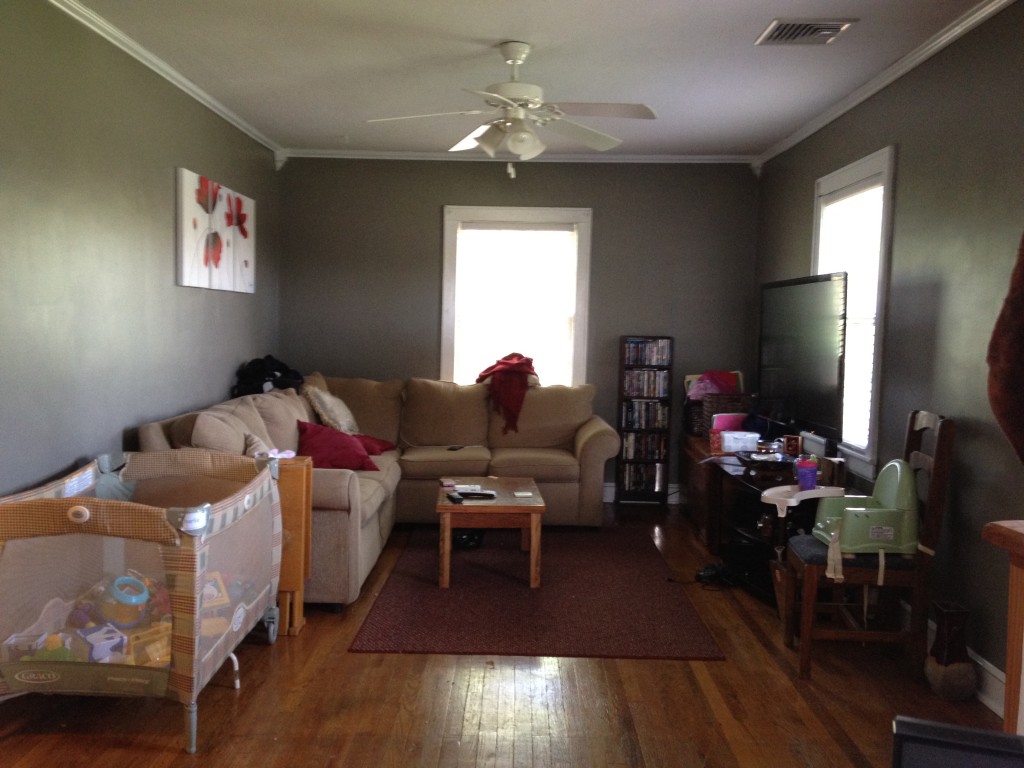 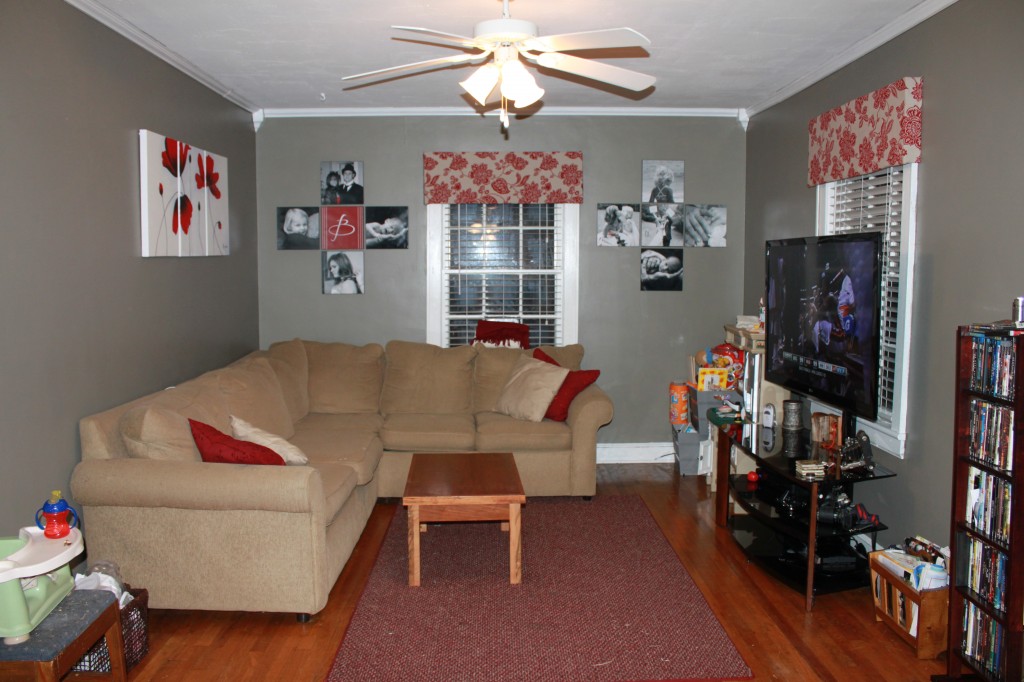 I didn’t take in progress pictures during this process, for two reasons:

So basically, I saw pelmet boxes on Pinterest and really liked them.  When I google’d directions on how to do them, they were horrifyingly flimsy and were not really what I wanted.  I had leftover parts from doing the board and batten in the bathroom, so I used them.

Your first step is to measure the width and length of your windows to determine the appropriate size of your pelmet boxes.  This step is extremely important to do correctly and carefully.  Measure from outer corner to outer corner, and if you get the 1X3 furring strips, add 1.5″ to that, as their actual measurements are .75X2.5.  It’s important to measure correctly, or the pelmet boxes won’t fit correctly.  Mine were 42 1/4″, which I rounded to 42 1/2″ to give enough room to slide it on.  Therefore, 42.25 + .75 + .75 = 44″ wide pelment boxes.

The sides that attach to the window frame are 1X3 cut to 14″ length.  These measurements are obviously completely up to you based on the size of the windows in your own house (unless you want to come and do some of mine).  I chose 14″ length because I didn’t want to block too much light since the room is dark anyway, and that allowed me to perch them above the windows a bit as well.  Plus, that length worked with my scraps anyway.

Ok, when I picked out the board and batten, it was initially totally different.  When I pulled off the existing base moulding, half the wall behind it was rotten out, and the new board and batten was NOT going to work, so I had to just eat the whole cost because they had been cut, and were non-refundable.  I decided to not take a total loss, and use pieces of that to do the horizontal pieces on the pelmet boxes.  I will say that I wouldn’t do that again; going back, I’d have just used 1X2’s to do the horizontal pieces.  The directions I’ll give you will be to use them.  As an aside, I did not use batting, which I know is typical to use.  Just as a personal preference, I did not like the look of the rounded pelmet boxes.

Cut List (remember, Lowe’s will cut your wood for you, just ask):

Attach one of the the 1X2’s to one of the 1X3’s with a nail.  NOTE: If you choose to add cardboard to prevent transparency, lay the cardboard over the correctly positioned 1X2 before you start nailing).

Attach the other 1X2. 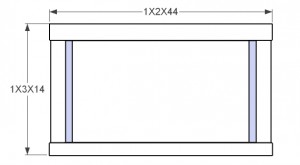 Attach your fabric by laying the pelmet box over the fabric.  Starting with one side, attach the fabric to the wood with the staple gun.  Continue repeating until all sides are completed, stretching the fabric sufficiently taut.  Once completed, attach to the window by nailing each 1X3 to the outside of the window frame. 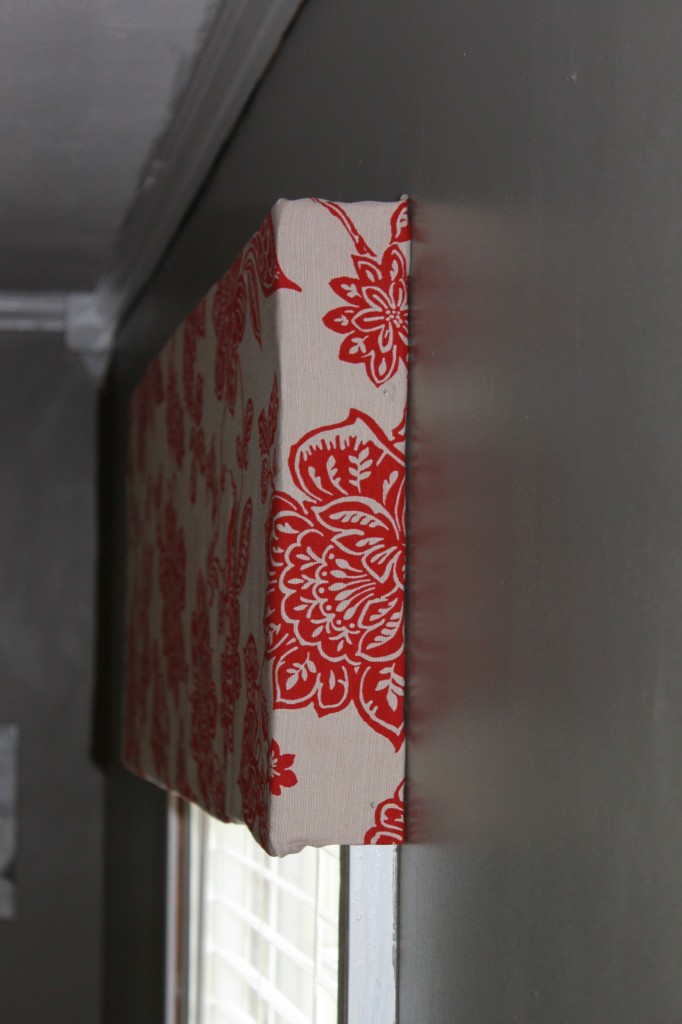 Don’t me started on our crown moulding. It’s seen less caulk than a nun.

The last step includes consoling an annoyed baby that was woken up by a hammer, and smile sheepishly at your hubbin while he tries desperately to finish watching the game, and hope that he forgot that last night when you had him doing stuff at 11PM, you promised that it was THE LAST PROJECT BABY, I SWEAR.