This mere 24 hour trip was so traumatizing that I haven’t even been able to talk about it for days. And no kidding, as I was writing that sentence, one of the baby’s toys started singing and no one is here but me. It was THAT bad.

Since we had to pick up the oldest kid from camp on Saturday morning, which was already 3 hours away, I planned a shopping trip for Friday evening after we got off work, hitting up a mall on our way and then crashing with friends. Hubbin wanted to get a hotel room, which I was not receptive to, as I wanted to save that $90 for a rainy day. Normally, going to the camp is a straight line. However, adding in the mall trip made it a triangle, because it was significantly out of the way. 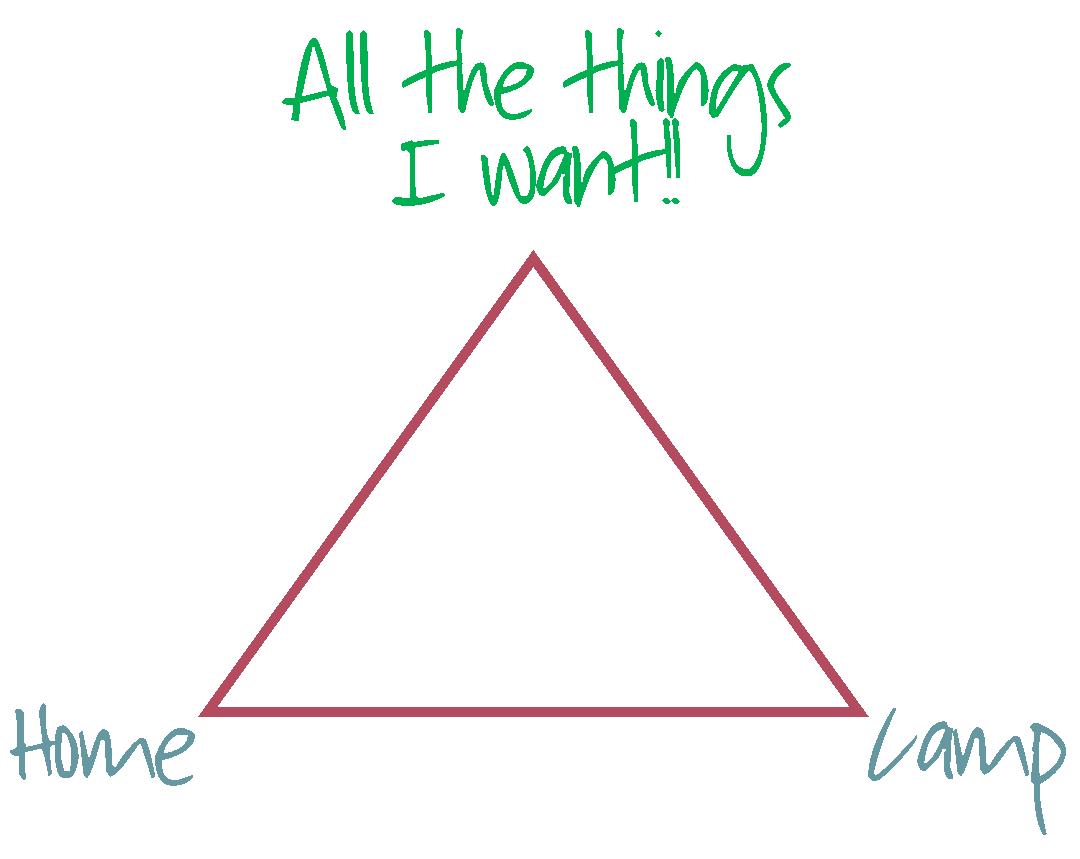 One thing to note is that my husband is notorious for underestimating the amount of time it takes to get anywhere to avoid hearing me complain. And while it’s true that at times, I whine about time, it’s really nothing in comparison to how pissed I get when it takes way longer than he says.

As an aside, I’m really struggling to place blame on others here, because common sense would stand to reason that maybe taking an 18 month old shopping past her bedtime after a 2 hour drive isn’t the smartest idea in the first place, and maybe I should remember that Hubbin underestimates time and compensate but IT IS THEIR FAULT, Y’ALL, NOT MINE.

So we leave at 5:30, and we are driving along, and around 7:30 (which is like…hour 1.8 of baby fussing), and we are not there yet. And so naturally I ask the only reliable person in my life (Siri) how far from the mall we are.

One hour, 10 minutes. And then my head exploded, The End.

So Hubbin and I have a “conversation” about how if I’d known the mall was THREE hours away, I’d have scrapped the whole stupid idea, because that’s NOT ENOUGH TIME TO SHOP. This entire time?  In the car with a fussy baby? For 30 minutes of shopping time? Are you kidding me? HAVE WE NOT MET?!

So Hubbin calms me down and says that with the rate of speed we are going now, we should be there by 8:10, giving me 50 minutes to shop before they close. That’s better.  At this point, I am driving and eating a healthy snack. He pipes up from the back (yeah, the back, because TLJ calmed right down once Daaaaaaaddy got back there) that “We are really close now”. Oh, oh really? Let me ask Siri.

Now, what do you all consider “really close”?  Like…a mile?  Maybe 5 miles?

THIRTY MILES FROM OUR EXIT, Y’ALL.  That is not “really close”.  Hubbin says “It’s all relative”. Yes, you’re right. If you are coming from the moon, maybe, 30 miles is pretty close.

We get to the mall and I run into <insert name of age appropriate store>. It’s massive. It’s my mecca. I love everything. Charlotte, at this point, is in full meltdown mode BUT MOMMY IS SHOPPING. Huge props to Hubbin, who dealt with her the whole time while I looked through clothes. We finally left when they made me, and we scrapped plans for dinner at The Cheesecake Factory out of sheer common sense and ate huddled in the car from the Chik-Fil-A drive-thru.

We got to Hubbin’s cousin’s house around 11 and collapsed. In all honesty, I slept great, though I found out the next morning that TLJ didn’t sleep pretty much at all, and Hubbin was up all night with her while I snoozed in the twin bed that we were sharing. It’s likely why, when she woke up at 7AM and I pouted and tried to go back to sleep, he appeared less than enthusiastic about my level of participation. We let her play and while we were keeping a very close eye on her and sitting in the same room, she still managed to eat a handful of dog food.  Apparently it’s not fatal, in case you were wondering.

The rest of the trip? Coming in Part 2!