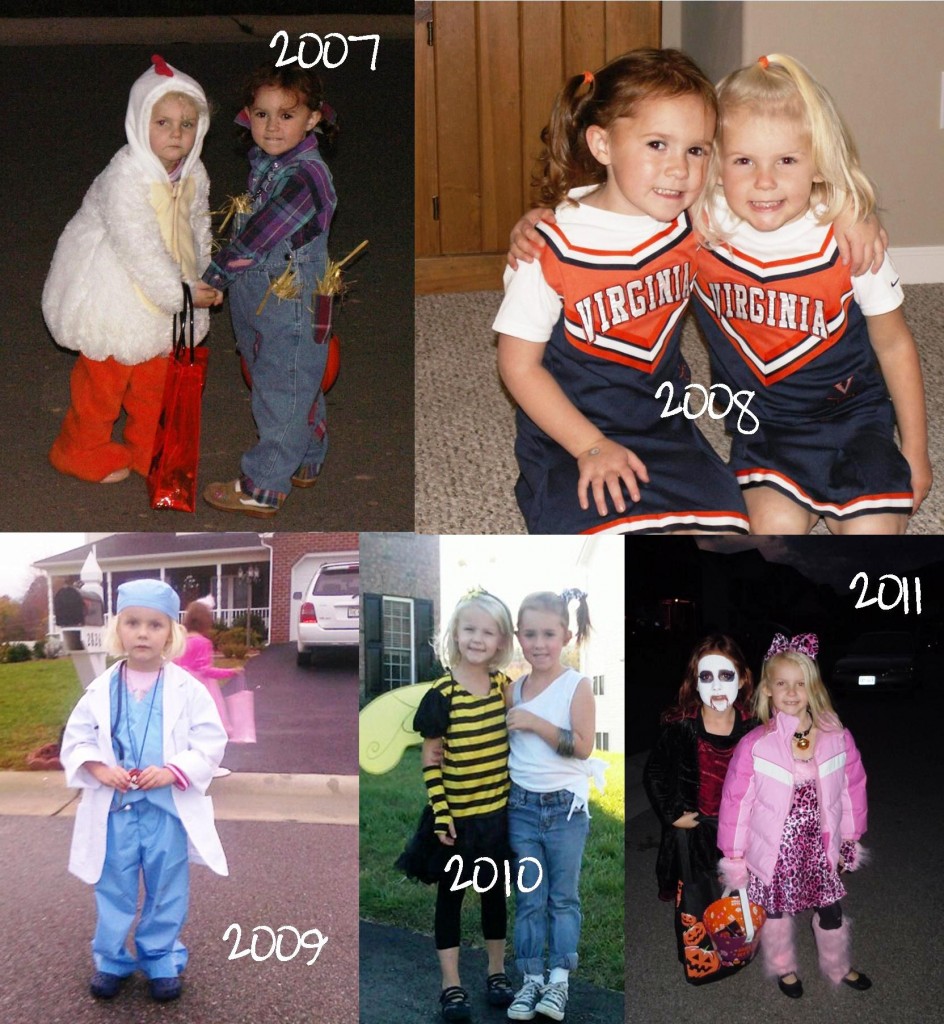 It may not be obvious, but it makes it seriously difficult to choose a costume because of this nonsense. Will it be freezing? Hot? Can this costume have easily removable/addable layers? Can cats/cheerleaders/zombies wear mittens? Doctors can pull off gloves and a white coat, but as you see, the weather was perfectly normal that year. One thing we’ve never once had to worry about, though, is snow. Oh wait, UNTIL NOW. What the hell, Sandy?! Luckily the snow had melted, though it still made for a particularly chilly night. Kennedy spent her first Halloween with her dad, stepmom, and brothers, which I’ll admit was difficult for me since we have a tradition, but it’s important for her dad’s side to get traditions as well. He sent me this picture of her and her older brother:

She totally could have been Chicken Little with those legs

Back in August, I saw a picture that made me think “Ok, Charlotte must be a peacock for Halloween”. I searched Etsy and found a great costume at a great price, and have been so excited about it. Charlotte? Not so much. She scowled at me when I brought it out and was unenthusiastic about the headband. I spent about 15 minutes trying to get her to smile for the camera before giving up and just realizing that it was precisely this demeanor that prompted this costume, anyway. 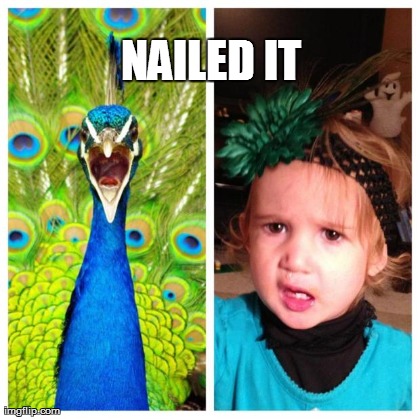 She cheered up a bit, but the pictures did not come out so great. 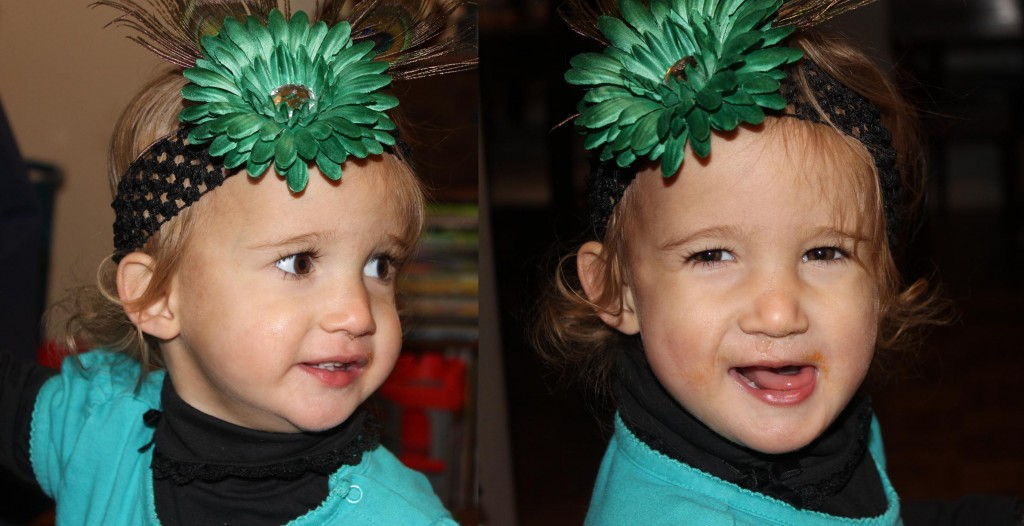 All in all, it was a great night. This was the year of lots of changes, starting with it being the first year we weren’t trick-or-treating with my sister’s kiddos. I missed them so much, but it was nice to trick-or-treat in our town for the first time, and we had a great time with our close friends. Kennedy had a blast with her dad’s side, so all turned out well. Happy Halloween, y’all!