Not the old lady perfume.

I am notorious for failing to take before pictures, this being no exception. Here is a rough idea of the way the house looked before I painted the door:

Don’t even ask about the exercise equipment on the front porch. 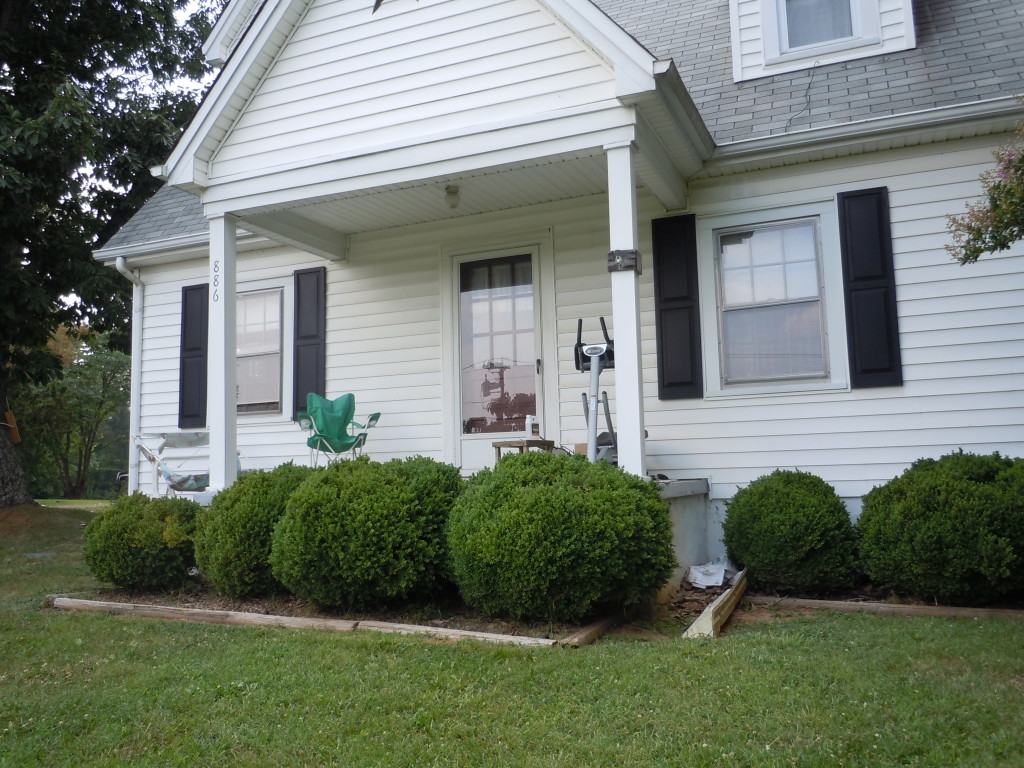 Seriously, I wonder where that thing went.

I had the idea to paint the front door a teal/tiffany color. I grabbed a sample color from Lowe’s, which set me back less than $3, and went to painting.

It looks SO much better, doesn’t it?

Ignore the open “storm” door (it’s only called that because it looks like it’s been through a hurricane, not because it does anything a storm door is supposed to). We got a new, nice one, but it’s not up yet and it was hard to see the color with the current one shut.

Viola! I love it! The wreath was picked up at a junk sale for $1, and the letter is from one of the craft stores. And yes, we need to pressure wash the house, we totally know that. It’s already on the very long list of Stuff We Really Need to Do, Talk About Doing Often, But Never Get Around To.

END_OF_DOCUMENT_TOKEN_TO_BE_REPLACED

Hey y’all, I’m back from sabbatical, though the site is a bit different. Hopefully you’ll understand soon. In the meantime, this will be a home improvement blog only, like it started out.

Anyway, as soon as I redid the living room for the eleventy-billionth time, I was so sad at how blank that wall looked: 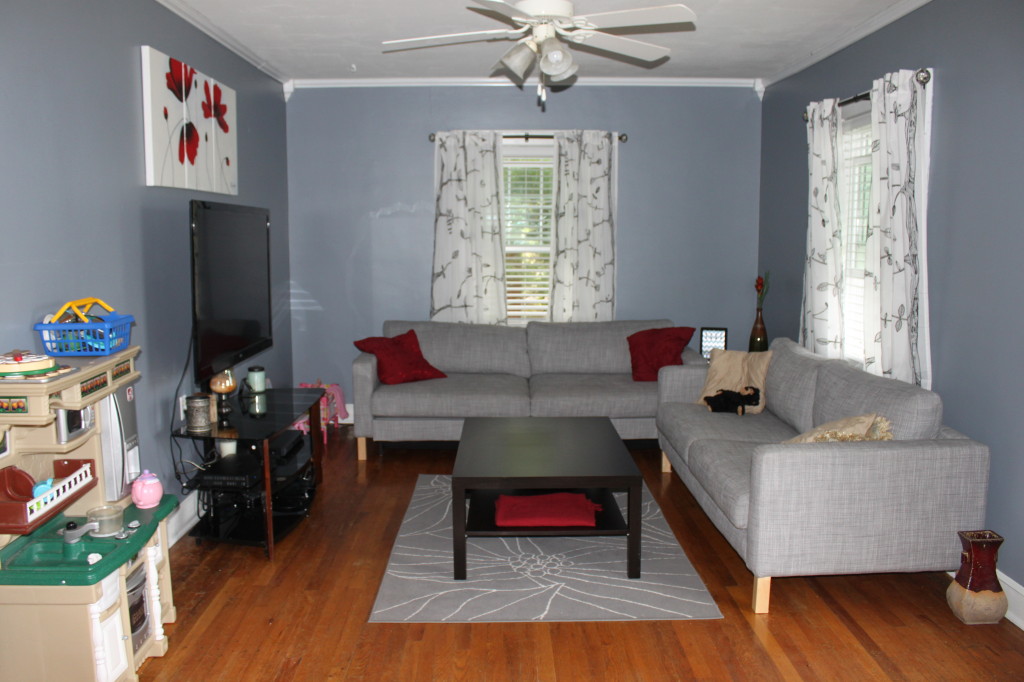 This was one of the more annoying projects, which is essentially why it’s taken me four months to tackle it (I bought it when I bought the darn couches!). What you don’t know before buying them is that they don’t give you the hardware to attach them to the wall. Lovely. Time to play a resounding round of “What will hold this up?”

I use toggle bolts like other people use duck tape. I toggle bolt everything because my stud finder only beeps near Hubbin.

I googled it online and I urge you not to do that unless you are in the mood for horror stories. I think they’ve improved their template for the wall, though, because people complained about the screw locations and these were covered in them. So that’s good.

END_OF_DOCUMENT_TOKEN_TO_BE_REPLACED

Yay! We finished a project in a day…even the one we intended to!!

Actually, we finished lots of projects, including cleaning, rearranging, and organizing The Oldest One’s room.  Looks great! The big project, however, was the dollhouse renovation, and today we finished the nursery. 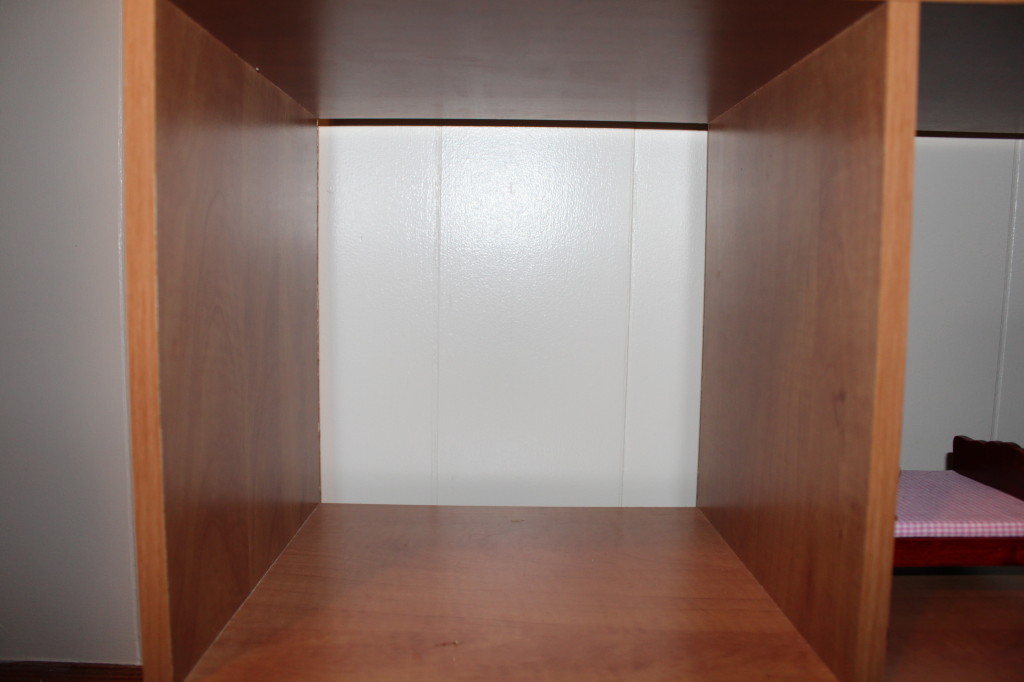 And after, of course: 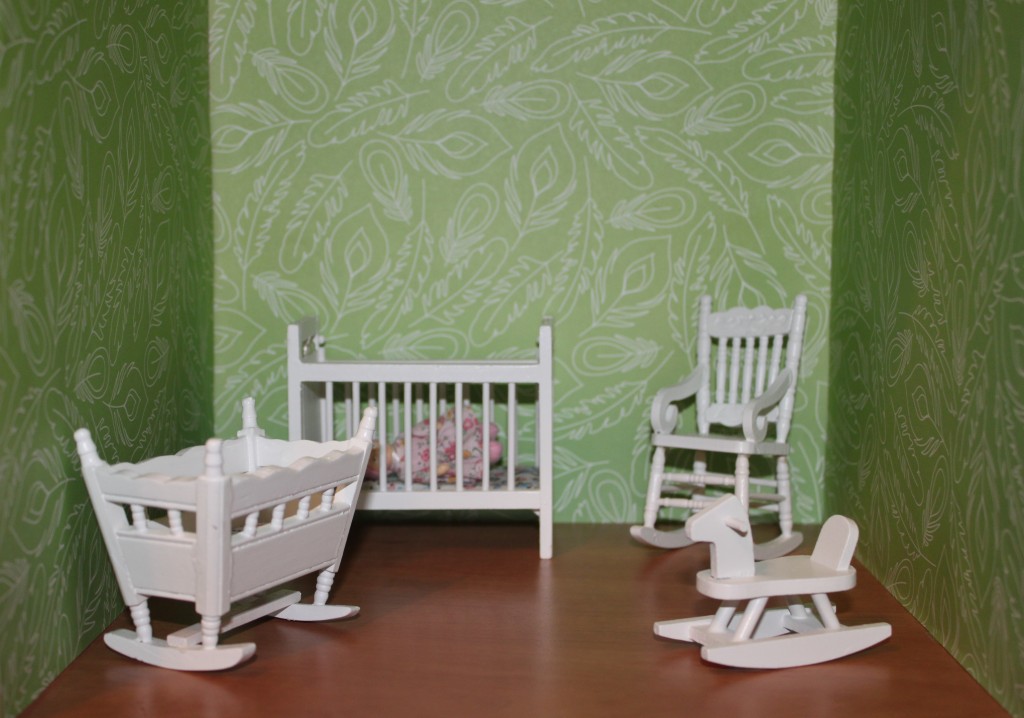 The Oldest One watched in amazement while I cut the paper and attached it. We lost the tacks for the back part so we used cut tacks; they worked just as well (so far).

We had an awful lot of fun today. I love that kid.

So The Oldest One watched in wonder while I redid our home. She loved helping and was a great help, but she has her own sense of style and I could tell she wanted to do something of her own. So, I came up with the idea of redecorating a dollhouse.

Though all I could find were those crappy plastic ones, or ones that were WAY expensive and had already been done. So, I had (what I believe to be) to be an ingenious idea; start from scratch. So, I bought her this: 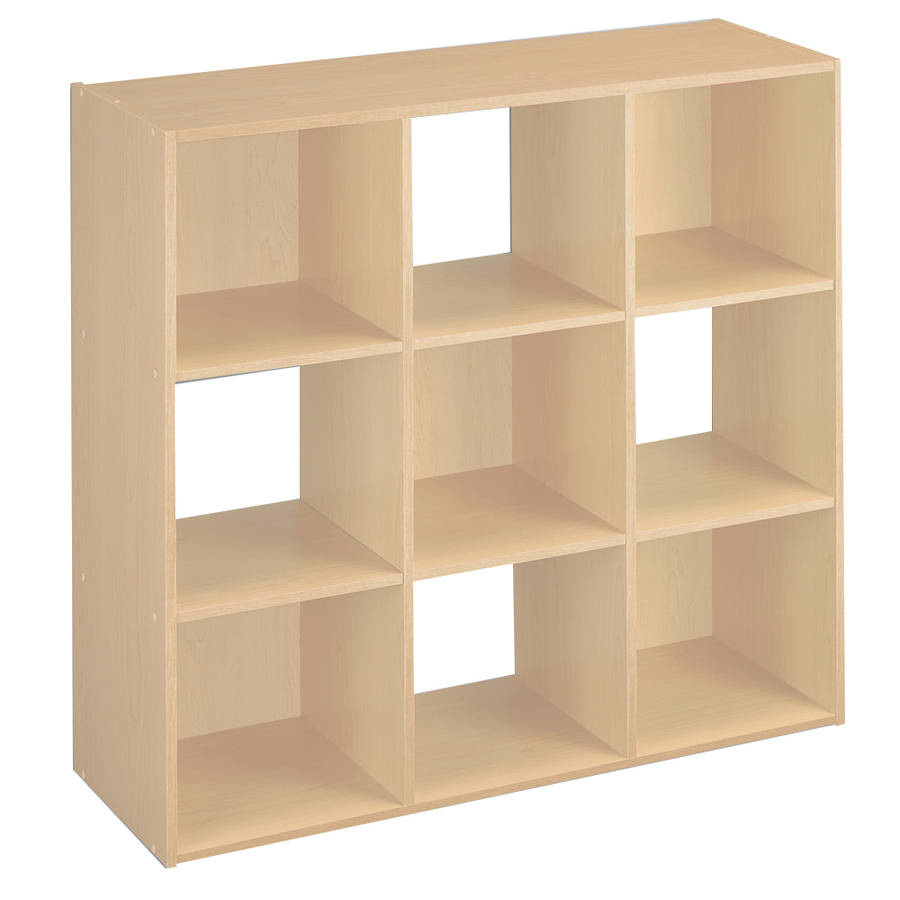 Uh, that’s a sweater-holder, Lacky, not a dollhouse.

I had vision, though; we’d start from scratch and we’d wallpaper it and everything. The three bottom cubes have actual fabric cubes in them to hold all the doll stuff; the rooms will be in the top six cubes.

Today is the first official day of summer vacation and The Little One is at daycare (woohoo), so it’s just The Oldest One and I, and we are going to really rock this thing. I cannot wait to show you the after product. And she’s lead decorator, too. I steered her away from glittery walls and such, but all else is on her! I can’t wait to see what she does; my sister bought her some awesome furniture sets for Christmas, so we are doing at least two rooms today!

Wow, I just realized it’s the birthday of the blog; and what a year it’s been, y’all.

Google Analytics tells me that 3,006 unique people have visited since I set up the analytics page. Wow. That is…insane.

I started this blog because I like to write, and people tell me I’m good at it. Plus, I was doing things around the house that I NEVER thought I could do. Look, 18 months ago, my house looked completely different! I had NO desire to do anything either; it didn’t even occur to me, actually, as sad as that sounds. And then? Then I found Pinterest.

I had totally underestimated myself. Aside from a couple of things, there have been very few things that I have made an effort to do and not been able to accomplish, and this goes across all facets of life. I’ve been successful at stuff if I was really determined, even the really hard stuff. The picture that started it all?

END_OF_DOCUMENT_TOKEN_TO_BE_REPLACED

Ok, this is all I’ve got today. I am exhausted. I ran around the house for 45 minutes today.

No, I actually ran AROUND the house today for 45 minutes. Charlotte was making laps.

So that list of things to do? I have done two of them.

The legs on the couch make all the difference. Hubbin says he doesn’t like them but admits that my decoration is better than his so he chose not to fight that war. Here they are, they are beautiful: