This weekend, Hubbin’s sister, Sila, came up with her entourage. We headed to Snowflex to fake ski/tube. I’m not what you would call an “outdoor activity” kind of girl, but you know, I decided to shock Hubbin by participating and decided to go down the baby slope in a tube. Then I got super daring and went on a

Let me explain that this isn’t snow. The best way I can describe it is the non-fuzzy part of velcro, but about an inch long and water sprays so it slides like snow (I suppose, I don’t like the cold so I don’t go sledding). So, I jumped on the knee board and got mostly to the end before this happened: 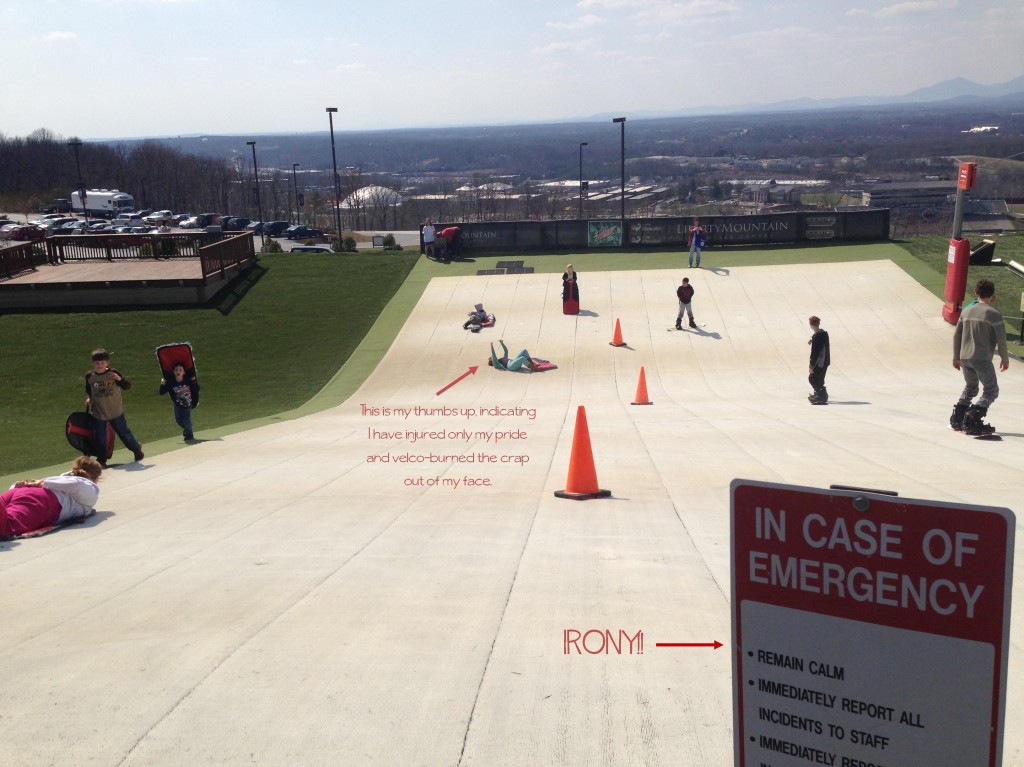 Then I decided I was much too injured to participate so I did this mostly the rest of the time: 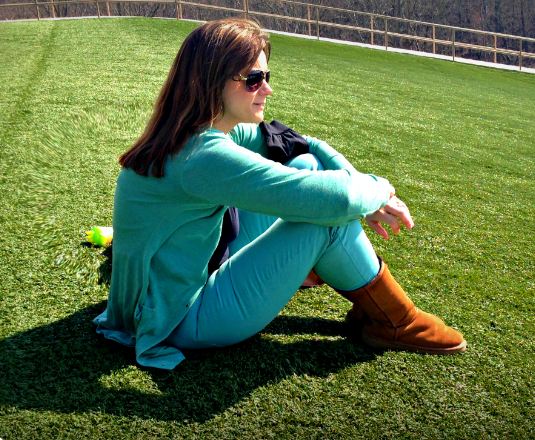 I was holding a shirt for someone, see? It’s blue.

Then I watched everyone slide down, which was really cool, and I went down the big slope by myself, TOTALLY like a big girl, and so did my older kid and my two year old niece, so maybe that’s not an actual huge feat.

Hubbin did it a million times and I only managed to get videos, so no pics of him except this one, taking The Little One on what was apparently the ride of her life:

And that was my weekend. There was more, but I am tired because once again, I have not learned to nap when The Little One naps. Suffice to say that the rest included another egg hunt, being attacked by a tree, and rearranging furniture three times.

It also included a steak on Friday and one today, so it was all worth it.

Happy Easter, y’all. Today is a really important day, and I won’t go on another tangent, but this picture I took at the beach two weeks ago really says it all to me: