The other day I found out about some mean girl stuff that was going on and got to have a long talk with The Oldest One, who turns 10 in April. She’s growing so fast. Always a wise old soul, she’s been a breeze since she was born, aside from being a rough baby. In ways, she has raised me more than I have raised her. Quick to forgive and never without a smile, she’s a parent’s dream.

She’s also incredibly faithful, and her thirst for more of God always takes me off guard. Baptized at 9 this year after years of asking me, she is serious in her faith and rarely waivers.

She’s also every bit of a people pleaser, which worried me as she grew and the other day, proved that I wasn’t very off in my concern that, although she is incredibly strong, her desire to please may cause issues down the road with peer pressure. 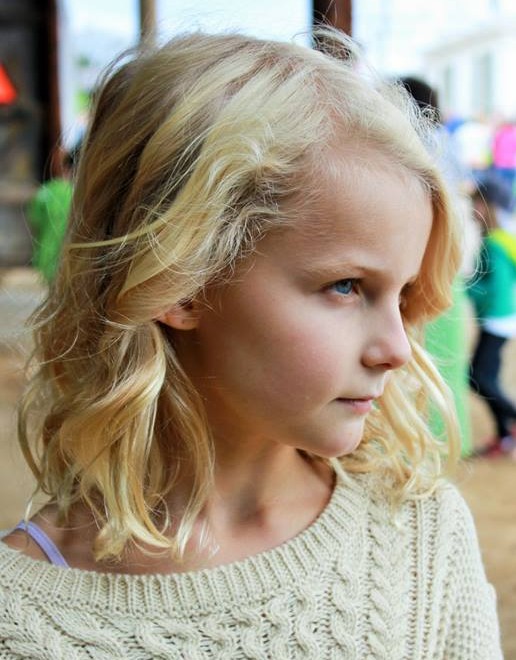 On Tuesday, I came home from bible study and we sat down and talked about a friend of hers that concerned me. She broke under the tears, admitting she was scared she would disappoint me, and it opened up this portal where I could start having these conversations with her that differ so much from the ones I’ve had before. She’s growing so fast, and she’s incredibly mature for her age anyway, so I must admit that we’ve had a few of these talks, and they have been some of my most treasured experiences with her. She’s precocious and insightful, careful and intentional.

Namely, that when we are kids, we spend our time trying desperately to convince others that we are normal, no different from anyone else. Then, as adults, we spend our time trying to convince others that we are NOT normal. That we are different than others; that we possess qualities that give us an edge in situations that others don’t have. We talked about how boring life would be if we all had the same strengths; how there would be no sports or competitions of any kind. There would be no real accomplishments in life, because if everyone else can do it, is it really an accomplishment?

I told her there’s nothing she could ever do, no situation that could ever go so far that I wouldn’t rescue her from. I told her that while she worried about disappointing me, I have so many days where, at the end, I’m positive I’ve disappointed her. I watched as her face contorted into this look of confusion and shock – it had never occurred to her that I so often worry that I disappoint her.

I told her she will make bad decisions as she grows up, because we all do, but what’s important is that we learn from them. I told her to always listen to that the voice in the back of her head that tells her that something doesn’t feel right, because it’s usually God; and with God, the more you listen, the more He will speak to you, but the more you ignore Him, the fainter His voice sounds.

And then I started naming women that exhibit these, and I couldn’t begin to describe the feeling I had, looking in my daughter’s eyes and being able to name all the women in her life that are strong, and the things about them that make them strong. The friend that dropped off a surprise on my first day back to work after having The Little One, or the one that dropped off a bag of donuts the morning before surgery that had a scripture verse on it and “Donut be afraid” after it.

The one that taught me about the strength of faith when I changed her bandages after a surgery. The one that’s always spending her days, every day, serving others, running their errands, taking them to appointments. And she is always there with a text, asking me how I am, randomly and out of the blue, and never fails even though I seem to always get distracted while I’m writing a response and don’t realize I didn’t send it until days later.

The one that’s raising her girls on her own despite all attempts to prevent that and reunite her family; girls that have a strong faith and desire to know more of God. The one that’s going through things that I’ve been through and reminds me of the things that God taught me through them. The one that’s spending the summer in Nepal with her five children – yes, five. The one that listens to my rants and points me, ever so gently, back to God.

I told her that real friends will never judge her, but instead look at her at her worst moment and shed tears of sadness that she’s been going through it alone because she didn’t tell them sooner. I told her that if she couldn’t be herself around friends, that they weren’t friends anyway.

Parenting is hard, man. It’s difficult to watch your kids walk through the insecurity that framed your childhood. It’s hard to give them the answers you wish you’d had, knowing that you probably heard the same thing at their age and didn’t realize how true it really was.

It’s easier when you walk outside to see sidewalk chalk absolutely every-flippin-where, only to realize that it’s not the typical drawings scrawled across the sidewalk and porch and driveway, but it’s scripture. It’s uplifting words, it’s His word, it’s things that make your heart smile.

Maybe she’ll make it out of childhood unscathed after all – or at least less damaged than I was. And she’ll have her own story – and while I don’t want her to grow up too fast, I know that she will have a fascinating story that she will use to teach the Gospel to those that will hear it differently because of her.

That is a woman.