The Story of the Wedding Dress

It’s pretty obviously not done, but I got lazy. I also bought a carpet but I’m nearly positive I don’t like it and it’s not even unrolled. So, it’s pretty plain. 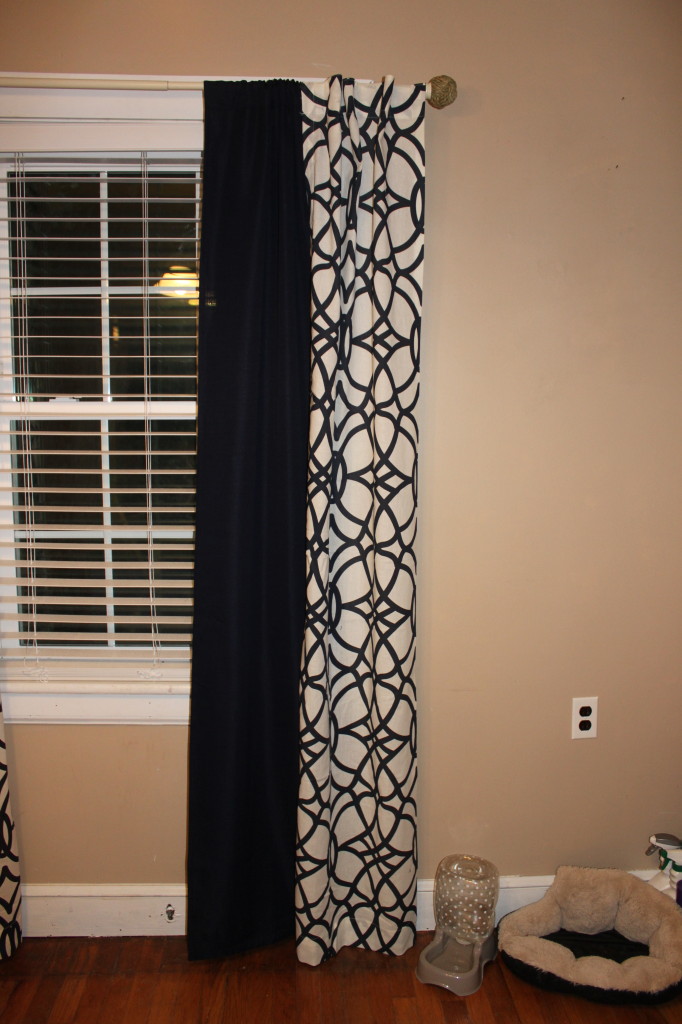 I stained it WAY too dark, though, and I don’t like it. I want another one but Hubbin saw me buy bathroom paint the other day for to redo the bathroom again and his head exploded, so then I had to clean that up. I also didn’t even bother to clean the dining room up before these pictures, so this is probably one of the laziest posts I’ve done thus far. It’s not staged. It’s not pretty. I hate everything but the curtains, which of course were from Lowe’s, like everything I get.

I got the curtains with the idea of cutting each of the four panels in half; two panels of the design fabric, and two plain navy blue curtains. Then, I would put the designed panels on the outside, and next to them would be the navy, so it wouldn’t be too busy. Like the picture on the right, only on each side.

And then I got completely lazy and decided I was done stitch witching the hems after I’d done all four of the designed curtains and only two of the navy blue ones. I hung the two panels on each window, and then I had a thought, and put one navy panel in the middle of each window. And I really liked that for a couple of reasons (it looked good, it allowed me to stop hemming with my iron, etc.).

So the end result is this: 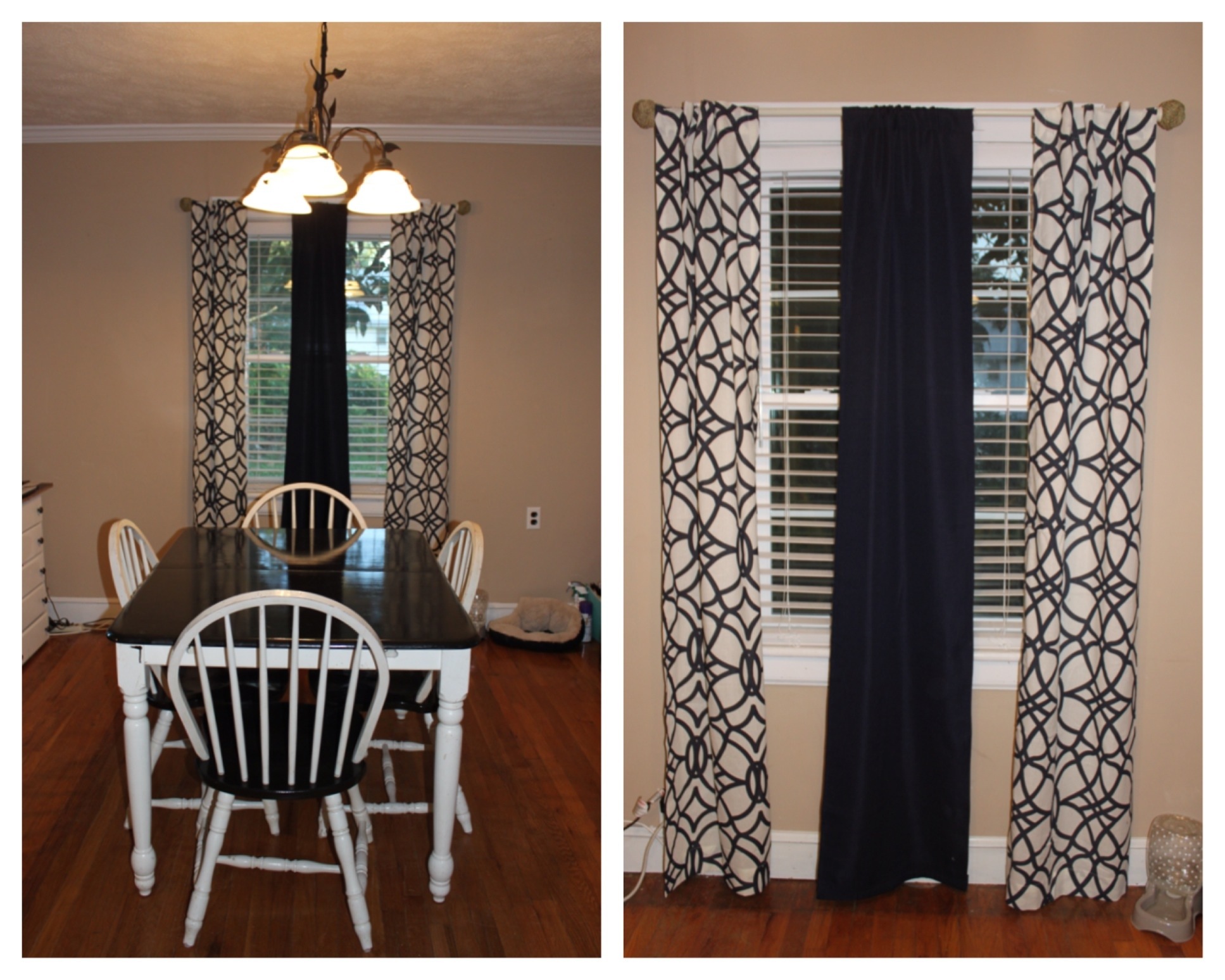 So, that’s it…so far. It’s definitely not done. I’m thinking of going with a yellow rug instead of the red. I did move my blue footed boobies out in here, though. I felt that they weren’t appreciated like they should be in the bathroom. Any suggestions?