Hey y’all! I posted this on my Facebook but I figured I’d elaborate.

It took me months to pick out the gray for the walls (Stonington Gray by Benjamin Moore), and nearly as long to pick out the rug. Hubbin asked me how many rugs we were going to buy until I screeched “AS MANY AS IT TAKES TO GET THE RIGHT ONE, OK?!” because I am a loving and graceful wife. Grays are so hard to match – I really feel like picking out paint colors shouldn’t be this hard, but it is. Since the gray is such a low toned gray, I didn’t want a dark rug to go with it.

So I finally settled on this one: 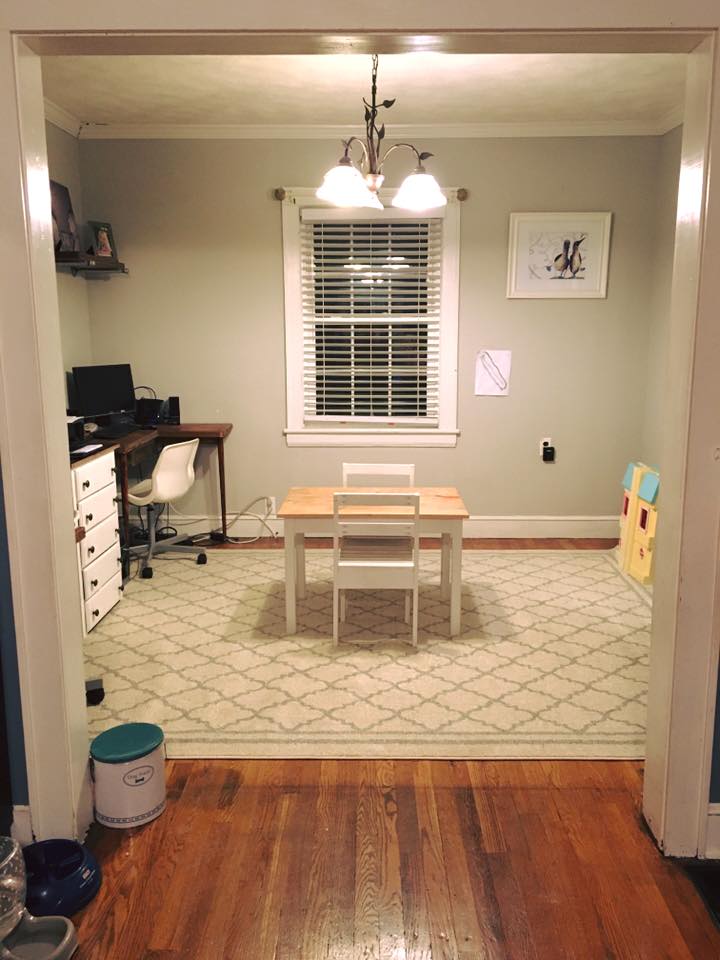 I don’t get referral links because no one cares about me, but if you’re interested, it’s the Safavieh Indoor/ Outdoor Amherst Beige/ Light Grey Rug from Overstock. Wayfair carries it as well, but it was cheaper with Overstock (and they refunded me the difference when they knocked it down by $50 two days after I bought it). It shipped relatively quickly and made it without a mark on it (which will likely be short lived, since my kids seem hell bent on destroying everything I ever buy).

I did nearly pull a muscle trying to get it down, though that was more my fault for being out of shape and ordering a rug that was really large for the room it was going in, and not waiting for Hubbin to get home before I did it myself. Instead, The Oldest One and I put it down, which was eerily reminiscent of this scene:

Anyway, I’m happy. The new curtains should be coming in today, which have to be hemmed and cut before going up, so you can sit back from the edge of your seat.